Make Plymouth your next getaway—choose from 15 great vacation rentals

"America's Hometown," aka Plymouth, Massachusetts, is a historic city nonpareil. Home to the 1620 Mayflower landing, it's also New England's birthplace and the oldest municipality in the nation. A ship- and rope-building mecca in the 19th century, Plymouth today boasts myriad historic sites, colonial architecture, and shopping venues. 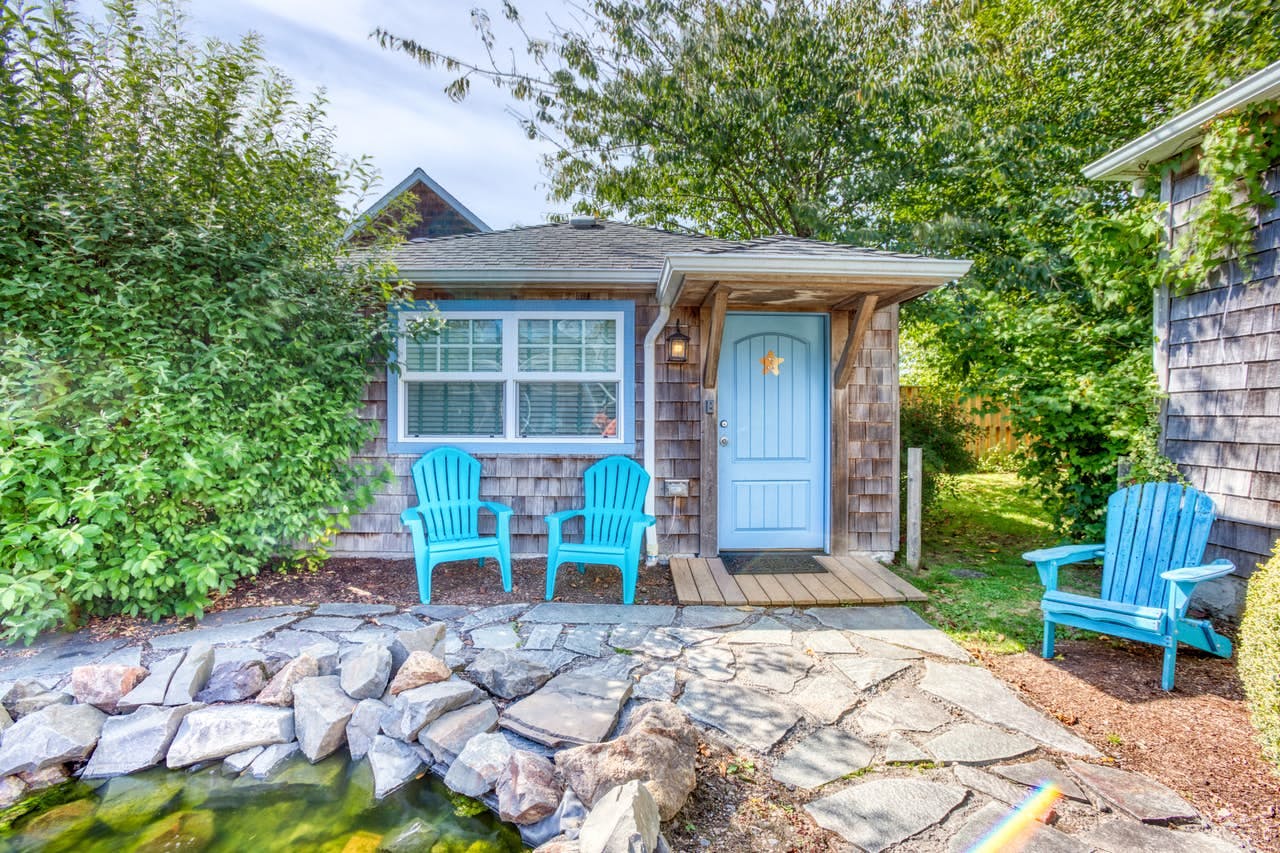 Plymouth vacation rentals for every getaway

Very comfortable. Not huge but you don’t want to spend vacation inside all day. Close to beach, golf and nightlife. Would stay again.
Michael H. | Aug 2022
Great location, easy walk or drive to the lake which we all loved. 15 minutes to downtown Plymouth, super cute beach town. Unfortunately the beach water was WAY too cold in early August, so we ended up back at the lake.
Megan H. | Aug 2022
Walkable to shops and dining. Very clean and updated. Leave your beach chairs at home, has 4 beach chairs and beach towels/blankets!
Marnie K. | Aug 2022
Plymouth Frequently Asked Questions

Yes. 11 of our Plymouth vacation rentals have internet access, so you can stay connected throughout your trip.

Browse homes with internet access >
Some of the most popular amenities in our Plymouth vacation rentals include:

Absolutely. Our local Plymouth team includes professional housekeepers who care for all our homes here. They’ll clean thoroughly and restock amenities, so everything is ready for your arrival—and all you have to do is settle in and relax.

Learn more about Vacasa Premium Clean >
No worries, plans change. Read over our cancellation policy for more information. And if you currently have a Vacasa reservation for Plymouth, log in to Trip Manager to see options available for your specific trip.

As the commercial and tourism hub of the South Shore, the city sees millions of visitors annually, especially in the weeks surrounding Thanksgiving. Our Plymouth vacation rentals offer a great place to relax and unwind in this historically significant Massachusetts city.

Things to Do in Plymouth, MA

Plymouth affords visitors a wealth of sites of historic and national significance. More than a million visitors a year head to Plymouth Rock. Situated in Pilgrim Memorial State Park, the rock is believed to be the spot at which the pilgrims first stepped foot on American soil. The Mayflower II is an exact replica of the original Mayflower and is just steps from Plymouth Rock. The park is also home to the National Monument to the Forefathers, an 81-foot granite slab celebrating the Pilgrims' voyage.

Head to Plimouth Plantation for recreations of the original settlement and a 17th-century Native American village as well as a barn with rare animals and a grist mill. For the morbidly inclined, take a trip to Cole's Hill, which overlooks the harbor and town. Here you'll find a sarcophagus enveloping the bones of more than 50 Pilgrims who died in the harsh winter of 1620.

Founded in 1824, Pilgrim Hall Museum tells the story of the Pilgrims and the Plymouth colony and is the oldest continually operating museum in the country. The Richard Sparrow House is the oldest house in town, having been built in 1640, and is now home to a pottery studio. The Jabez Howland House is one of the few in town that an actual Pilgrim called home. Ask a docent to take you on a tour of the two-story wood frame building's cozy interior.

Parting Ways features the graves of four African-Americans of different stations who fought in the War of Independence; the 94-acre site commemorates the sacrifice and positive contributions of African-Americans in the Revolutionary War. The Mayflower House Museum celebrates the 102 Pilgrims and their millions of descendants around the globe.

The city is not just historic homes and museums. There's plenty of green spaces, too. The Brewster Gardens evoke classic English gardens of old and is a popular location for bridal shoots. Myles Standish State Forest affords guests five camping areas near 16 ponds, a section for horse camping and a pond specifically for swimming or canoeing. Beachcombers will love Ellisville Harbor State Park because of its barrier beach, but anyone interested in fresh air and cool breezes will enjoy the sphagnum bog, flower-laden meadows, and pine forest.

Plymouth has a number of cultural institutions as well, the most notable of which is the Plymouth Center for the Arts. Take a class or enter your photograph for a chance to be showcased.

With its location on the South Shore, Plymouth is near most of the popular vacation spots in the state. Bustling Boston's sporting venues, rich culture, and colleges lie just 40 miles to the north. Spooky Salem is less than 70 miles away and is a hotspot every Halloween. The towns of Sandwich, Dennis, Yarmouth, and Falmouth are less than an hour away and offer a wealth of dining, shopping, and recreational opportunities.

Cape Cod and all its coastal splendor is worthy of a day trip, whether to gay-friendly Provincetown or charming Chatham. Hyannis is a great point to head onto the ferry to nearby Martha's Vineyard and Nantucket.

If you're a Revolutionary War buff or a fan of early American history, Plymouth is the perfect getaway—and our Plymouth vacation rentals can't be beat!

Photo credit: Massachusetts Office of Travel and Tourism via Flickr