Make Belltown your next getaway—choose from 27 great vacation rentals

Seattle is known for its fresh, eclectic selection of neighborhoods, from South Lake Union to Queen Anne. With all of these fantastic locations available, choosing the perfect Seattle vacation rental can be a tough choice. That’s where we come in! If you find yourself in a conundrum, take a look at our Belltown vacation rentals, one of our most centrally-located options in downtown Seattle. These new Washington vacation rentals come in a variety of options for all kinds of traveling styles, so whether you’re visiting for business or for pleasure, we have something for you. 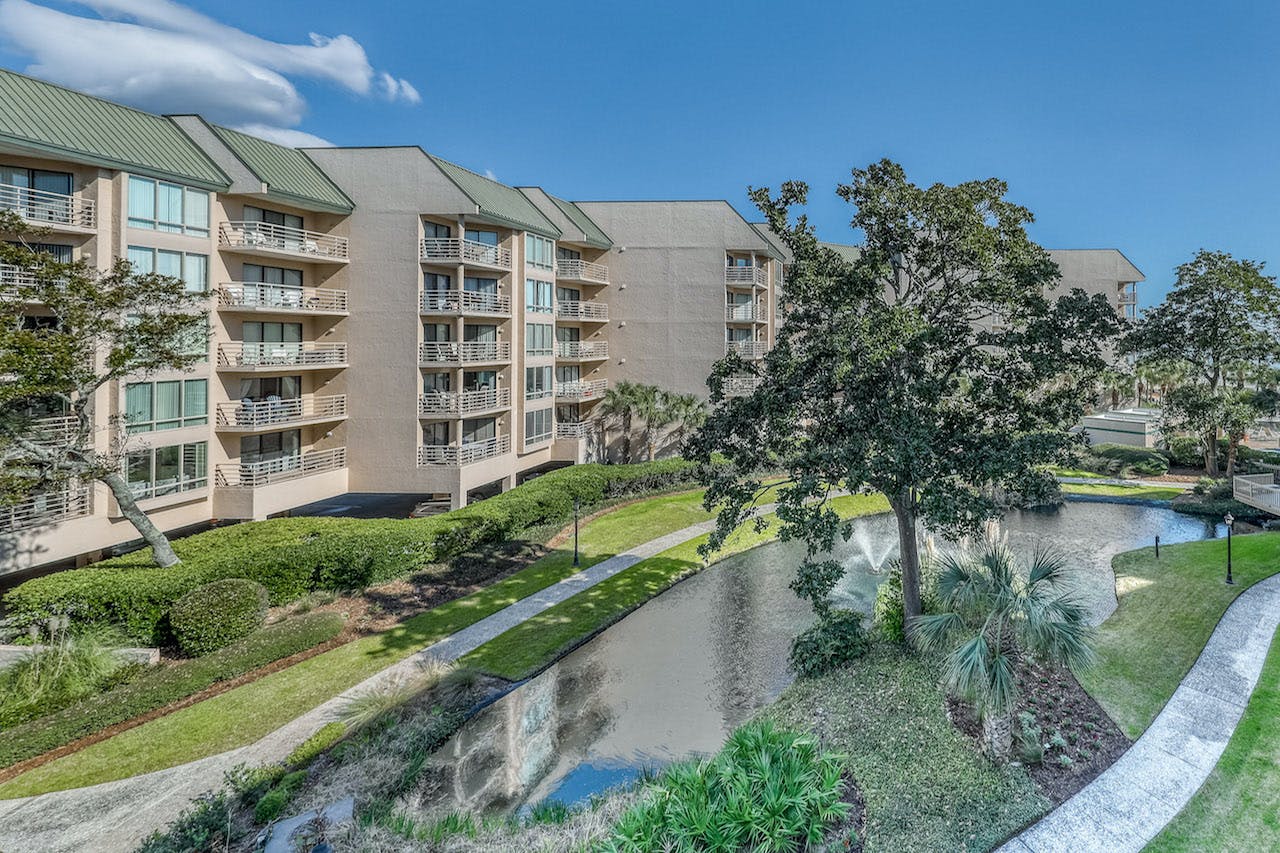 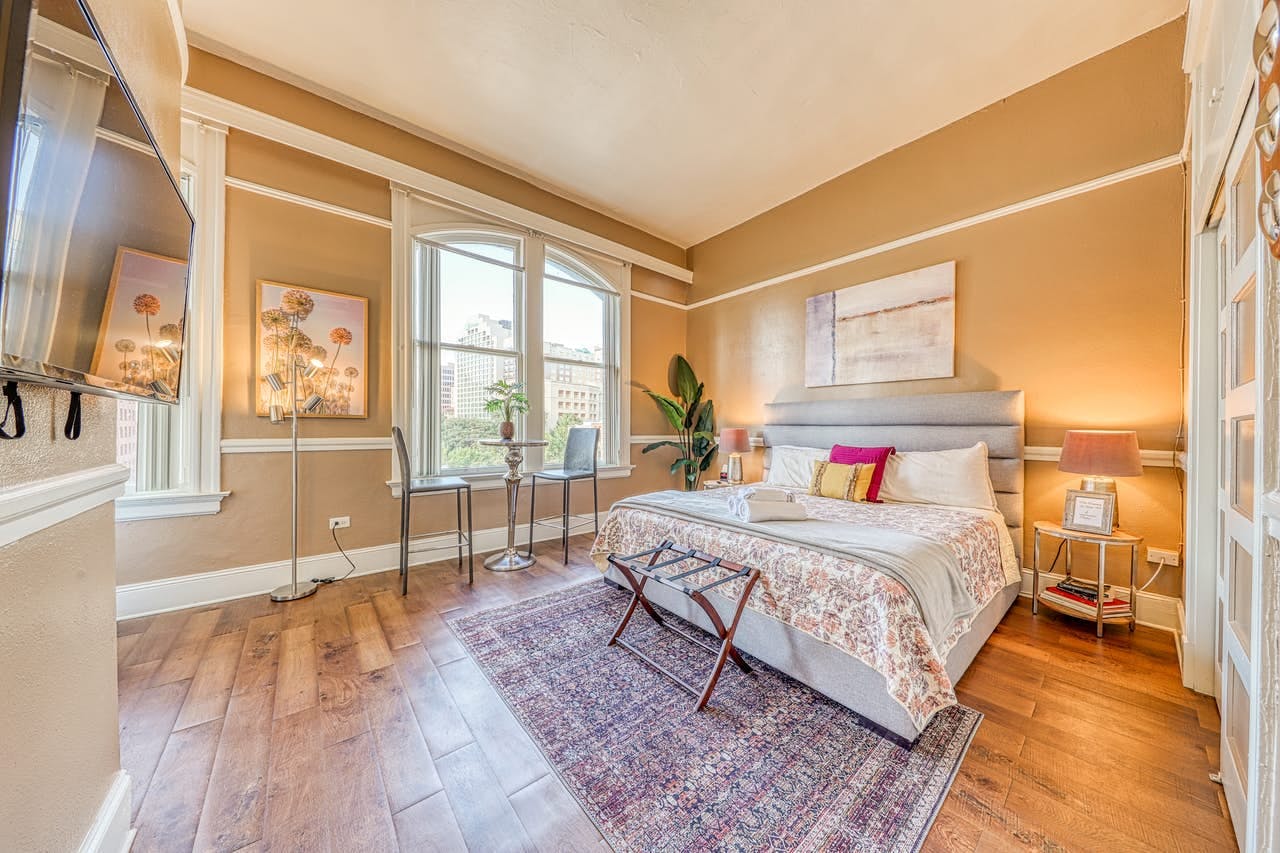 Belltown vacation rentals for every getaway

Perfect stay for exploring Seattle! Spacious 1 bedroom condo, clean, comfortable and an amazing location.
David R. | Aug 2022
This downtown location was great. Even in the midst of SeaFair weekend, we were able to find parking. The east in & out of the location was terrific. The roof top deck was amazing, the views. Especially at night. The unit was decent. Nice bed, plenty of space & climate controlled with a portable air conditioner. Towels & linens were scarce, but it all worked out fine.
Adrienne L. | Aug 2022
Great central location for the ferry and local sites
Thomas R. | Aug 2022
Belltown Frequently Asked Questions

Yes, 6 of our Belltown homes allow dogs—so feel free to bring Fido along. (Just make sure to check individual home listings for any limits on the number and size of dogs they allow).

Yes. 27 of our Belltown vacation rentals have internet access, so you can stay connected throughout your trip.

Browse homes with internet access >
Some of the most popular amenities in our Belltown vacation rentals include:

Absolutely. Our local Belltown team includes professional housekeepers who care for all our homes here. They’ll clean thoroughly and restock amenities, so everything is ready for your arrival—and all you have to do is settle in and relax.

Learn more about Vacasa Premium Clean >
No worries, plans change. Read over our cancellation policy for more information. And if you currently have a Vacasa reservation for Belltown, log in to Trip Manager to see options available for your specific trip.

Located in one of the most densely-populated areas of Seattle, our Belltown vacation rentals are right on the city’s historic waterfront. Though much of Seattle has a hilly terrain, this area was artificially flattened years ago for the emerging industrial area. Since then, Belltown has received many accolades from local and national media, chief among them being news outlet CNNMoney, which selected Belltown as the top place to retire in Seattle. A walkable, accessible neighborhood, it’s easy to see why everyone loves it!

It’s all about location, location, location at our ArtHouse condo rentals, right smack dab in the middle of Seattle’s up-and-coming Belltown. Elegance awaits in these luxurious condos, equipped with spacious master bedrooms, gourmet quartz-countertop kitchens, free WiFi, and floor-to-ceiling windows with views of the sparkling waters of Elliott Bay where you can watch ferry boats and cruise liners come in and out of the harbor. Travelers are welcomed to bring their pets along; ArtHouse is equipped with a pet patio and dog wash station to pamper your pooch!

Businesses and Universities in Belltown

An artistic district with an industrial past, Belltown is home to Antioch University, the Art Institute of Seattle, the Seattle School of Theology & Psychology, and Argosy University, so if you’re touring schools or visiting friends and family, we have a place for you to stay! Belltown is also adjacent to the Denny Triangle neighborhood downtown, which is home to Cornish College and Amazon’s downtown headquarters.

Arts and Attractions in Belltown

Belltown is home to many trendy bars and eateries, both new and old. For a taste of the Seattle grunge music scene of the '90s, The Crocodile is one of the oldest (and best) music venues in town. After it opened in 1991, The Crocodile (then called “The Crocodile Cafe”) hosted many bands over the years, including Nirvana, Pearl Jam, R.E.M., and Death Cab for Cutie. Despite a brief closure in 2007, it was fully renovated, reopened in 2009, and is now completely back in production, hosting fantastic bands and serving drinks to the happy people of Seattle!

Directly to the north, visitors can walk about 15 minutes to the Seattle Center to see the Space Needle or explore the EMP. If you want to stay downtown, walk just a few blocks south to take pictures in front of the Pike Place Market sign. Catch a fish in the market while you’re at it (market fish vendors literally throw them out in the crowd) or stop by a variety of eclectic shops on the lower level, from magic shops to movie collectibles!

On a sunny day, take a walk to The Olympic Sculpture Park at the southern end of Myrtle Edwards Park downtown. With a selection of both permanent and visiting sculptures, the park is lovely, and exemplifies the best of what this art district has to offer.

Whether you decide to stay in this downtown sector of the city, or you want to do some exploring and check out our Union SLU condo rentals in South Lake Union, these Belltown vacation rentals are definitely worth a look! Take advantage of the chance to stay right by the water in one of the trendiest neighborhoods in Seattle for a low, affordable price: Belltown is calling your name. Photo Credit: duluoz cats via Flickr